The Pontiac Firebird Turbo T/A - KITT Version is a custom car by Zapper.

The creation of this car started back in 2011.

Although most of the 3rd generation Pontiac Firebird Trans Ams that appeared in the Knight Rider TV series between 1982 and 1985 were powered by a 5.7L V8, in the Stunts era it was more appropriate to use the 1989 Pontiac Firebird Turbo Trans Am 20th Anniversary version with its 3.8L V6 turbo engine as a base car for the project. It was also one of the fastest 3rd generation models through the production years.

Since this was a KITT version, performance tuning had to accomplish (as much as possible) special features like better grip, more braking capacity and the inclusion of "Pursuit mode".

The 3D modelling was done with Anim8or and Stressed using the Corvette as a base and KITT blueprints as a reference. The two paint jobs included are the normal black KITT and a black/grey KARR color scheme. The dashboard was made from scratch using several pictures from the show found in a forum post.

It features a functional digital speedometer and a simulated bar-type tachometer up to 5250 RPM (real redline), although it has a visible scale up to 9000 RPM. The release of version 1.1 introduced an automatic console appearance (left labels) adapted to manual (right labels).

Performance figures were based on detailed information in The GTA Source Page car review article. The "Pursuit mode" is only triggered when using a manual transmission, leaving the automatic transmission for normal/real base model acceleration figures. To activate "Pursuit mode", it is necessary to keep accelerating in the same gear above the "normal" redline (5250 RPM), e.g. accelerating in 1st gear over 50 MPH in order to get high revving torque values. With its power rating up to 3000 HP at 11000 RPM (measured by CarEdit3), the top speed of 245 MPH is quickly achieved. The trade-off for this great acceleration is the resulting poor handling mainly caused by the car's weight. 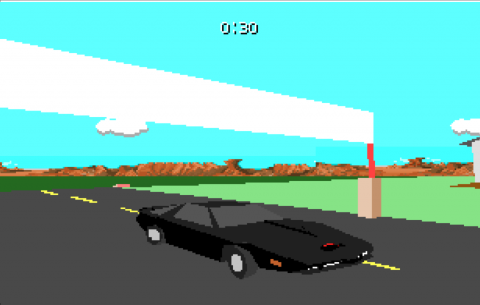 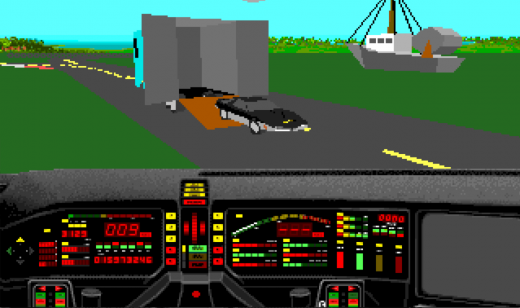