The program allows the modification of car parameters (original and almost every custom car added to the game) separated into feature sections:

This tiny program was developed by dm_s1e6 and initially published on the Stunts Forum in 2014. Version 3 was the first to be released, although it was stated that this was still a "beta" version.

An older version of the program called CarEdit2 was created in the late 90s but was never published.

CarEdit3 offers a simple way of editing car parameters that is superior to Car Blaster but retains the use of the keyboard for input control. It is characterized by intense flickering caused by a lack of optimization in the rendering routine. This is most noticeable while editing the power curve.

The program was later updated and released in 2021 by Zapper with permission from dm_s1e6 who shared the program's source code for adding refinements and features. 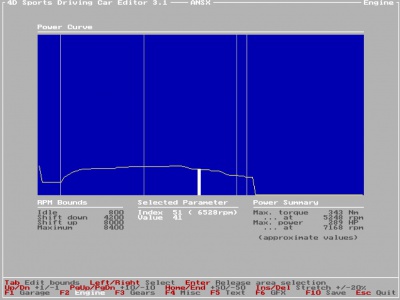 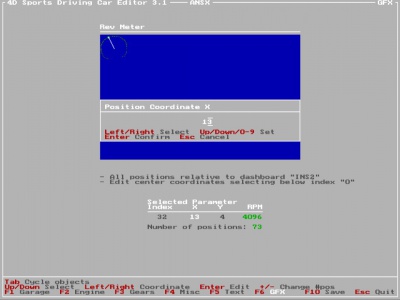 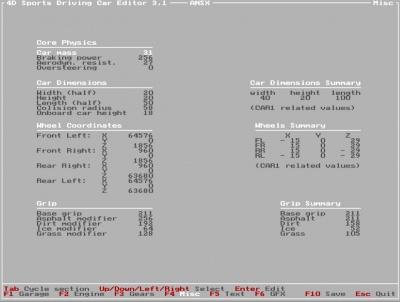 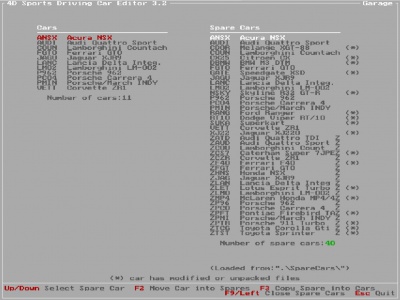 Stunts Forum - And yet another (DOS-based) Car Editor