The Lotus Esprit Turbo SE is a custom car by Zapper.

Starting from 2011, the Lotus is one of the custom cars allowed in ZakStunts.

The 3D shape was made almost from scratch using blueprints and then edited with Anim8or and Stressed.

The dashboard was based on the Lotus Esprit in the Amiga version of The Duel: Test Drive II since it's composed in 256 colors. It was further edited to match the woodgrain dashboard as seen in real photos of the specific 1989 model.

There are "British Racing Green" and "007 White" paint jobs, but unfortunately other aspects like amphibious features from the film are not included.

In Stunts, the performance of the Lotus Esprit belongs to the niche of cars such as the Acura NSX and Nissan Skyline, but it has the turbo "punch" that improves its 0-60 MPH time.

Within such a class, its main advantages are enjoyable handling and excellent ability to deal with adverse surface conditions. It was fine tuned with help of the CarTest 4.5 simulation program. 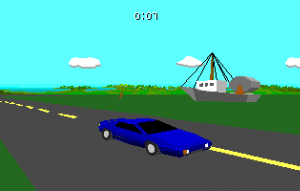 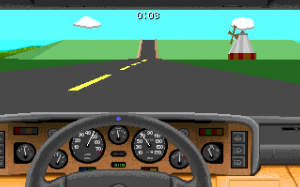