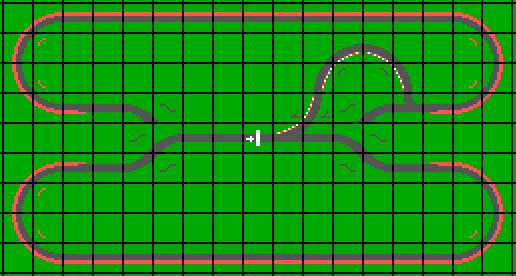 A simple track with symmetrical splits. Optionally some of the fillers of the large corners in the fake continuation can be removed and flooded to make them impractical to use.
Retrieved from "https://wiki.stunts.hu/index.php?title=Illusion_track&oldid=3948"
Category: