The Toyota Sprinter Trueno is one of the first cars in the "Tuned For Real" saga by Zapper.

The Toyota Sprinter Trueno or Corolla Coupé (code named "AE86") was made from scratch with the newly available Stressed tool at the time.

Initially intended to be a car with drift capabilities in Stunts, it turned out to be one of the slowest cars available along with the Toyota Corolla Gti.

One of the color schemes includes a "panda" scheme like the one featured in the "Initial D" Japanese anime series and film.

Although pretty close to the performance of the real car in terms of engine and physics related aspects, its grip capabilities on dirt road are better than expected. After all, it's a car that has been in its beta release state since 2010. 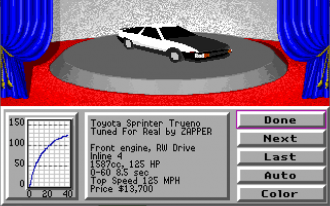 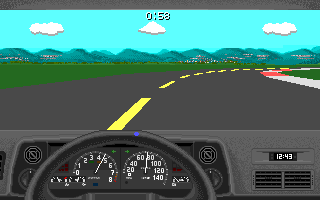 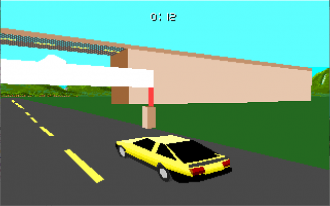