The Porsche 911 Turbo is a custom car designed by Zapper.

Its first release was in 2002 as part of Zapper's car pack, which included variants of the original Stunts cars tweaked solely for more accurate performance and dashboard speedometer/rev counter dials.

In 2011, the model was finally changed with a new custom 3D shape and dashboard graphics for the car with a new version release.

The 911 Turbo was included on the grounds of being a version of the Porsche 964 like the Porsche Carrera 4, only with a more powerful engine and rear wheel drive which translates to less grip than its related AWD model. 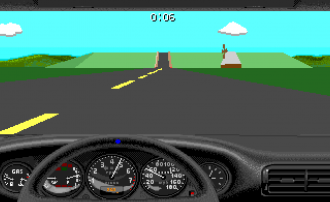