The very special Caterham Super Seven Jonathan Palmer Evolution from 1992 is a custom car that was projected to be part of Stunts to fit short and "twisted" tracks in the game.

This car is allowed to be used in the ZakStunts 2022 season.

The creation of this car was somehow difficult by the fact that this is a highly customized car in the real world and because of its rarity, only 50 examples were made. Some compromises were taken in terms of color schemes and dashboard layout, mainly because there was no official brochure, but in the end, details like the original lime yellow background of the speedometer and rev counter, the small windshield with transparency and the right hand drive steering wheel, were reproduced.

On the 8th of April 2021, the car was released but was rapidly updated so a 1.1 version was released the next day for speedometer and grip adjustment purposes.

On the 4th of November 2021, a version 1.1 mod 1.0 was made after the creation of a new custom feature that allows using custom colored needles for the speedometer and rev counter in Stunts, which improved the readability by changing the default white needles to black.

The natural lightness of this car allows great 0-100 MPH times and at the same time, very effective braking. It's a characteristic which made the real world model brake the 0-100-0 MPH record when released in 1992 (relegating the Ferrari F40).

The base specification of this car uses a 5 speed "long ratio" gearbox like one of several options available for this model. This choice allows it to get a better top speed (~145 MPH) comparatively over a 6 speed "short ratio" gearbox (~125 MPH).

Note: This "feather weight" car is prone to "flying carpets" and "fast landings". 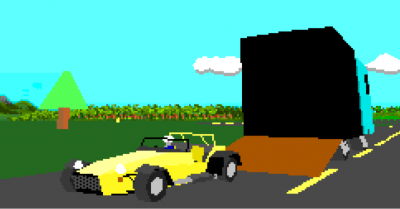 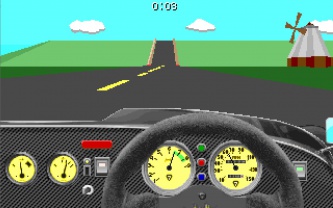 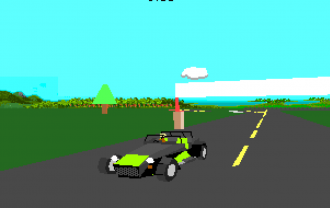 Hagerty "Record breaker! Driving the Caterham 7 JPE is a very fast blast from the past" article