The Ferrari F40 is a custom car designed by Zapper.

The creation of this model rectifies a remarkable Stunts omission by bringing the iconic late 80s supercar to the game that was only present in the replay interface.

The 3D model was made from scratch using Anim8or and some blueprints, using all the vertices that can be rendered by the game's engine.

The dashboard was based on the F40 in the Amiga version of The Duel: Test Drive II because of its 256 color palette and therefore, cosmetic changes were made to the clocks.

With regards to the driving experience, the F40 fits within the chasm between the high-end sports cars and the IMSA race cars. Compared to the Ferrari GTO, for instance, it is not only faster but also has noticeably better handling.

Starting from 2011, the F40 is one of the custom cars allowed in ZakStunts. 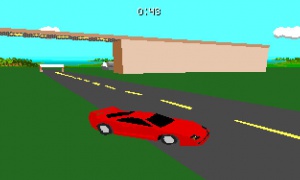 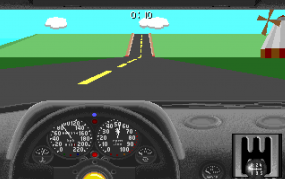 The F40 on Wikipedia