ZCT100 (track title: Operators) was the hundredth race of the ZakStunts competition, held during October 2009. An historical event, it further catalysed the comeback of long-missing racers that marked the 2009 season. Eventually, all former ZakStunts champions as well as 13 of the 17 race winners by that point appeared on the same scoreboard, to the delight of the community. The result was one of the more closely contested scoreboards ever. The final podium was dominated by the South American champions, with Ayrton winning followed by Renato Biker and Gutix. With a fourth place, Duplode assured mathematically the title of the 2009 season. 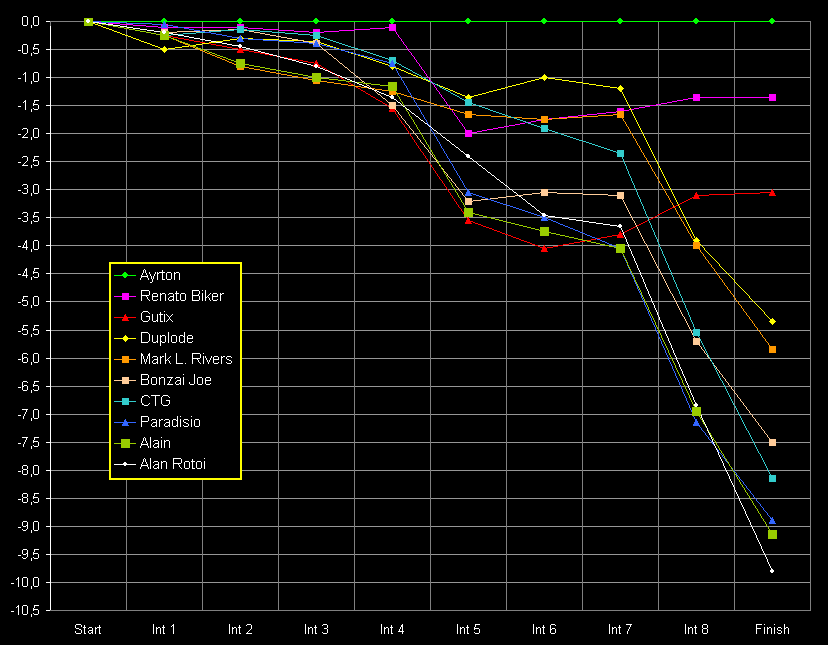